I went to a conference on Thursday hosted by Codeworks at the Sage in Newcastle. The conference was all about collaborative technologies which is something I'm quite heavily involved in!

Here is my break down of the sessions - bit long im afraid!


The event was presented by Declan Curry (Business Presenter for the BBC) who quite humorously described himself as "The other fat man" doing politics (in reference to the ITVs politics presenter). I was amazed at how well he understood the issues at hand - and here are a few quotes from his opening gambit.

"I wouldn't want to work without it". This was referring to his Blackberry, he was saying that he obviously did mange just fine without it in the past, but now its here he really would find it difficult without it.

He describes using the technology to allow the use of "knowledge" in a fast and flexible way. I just love this description of Unified communications technologies(UC from now on!) . Especially referring to knowledge rather than data or information, because often it is unwritten knowledge you need to get a hold of, and ultimately that is what all the different technology combines to give.

Finally he discussed something very interesting to me. When ever I am discussing this technology with everyone I try to sell the cost cutting benefits - however he quite rightly points out that its not about cutting costs its about allowing your people to generate there best ideas. This is a very interesting slant on the whole UC thing, however I don't think the cost benefits can be underestimated.

Next up was Herb Kim (the CEO of codeworks). He was a very interesting chap - I managed to have a good talk with him during the break. Apparently he used to work at O2 with Ken Johnson (ntl:Telewest Business speaker) where they worked on some interesting UC technologies.

Now it was Microsoft's turn. They had a good turn out consisting of Rob Gray who is a sharepoint guru (pretty obvious if you look at his home page though!), then we had Chris Rothwell (no blog! - I asked!) who works with the office client, and finally Mark Deakin who is Microsoft UC product manager.

They started by asking how many people now have broadband (everyone put their hand up), then they asked how many people had broadband 6 years ago (only two hands up now), this was used to demonstrate how we are now "always on", and able to enjoy a rich media experience when working collaboratively from remote locations.

Mark then summed up the presence (or Unified Identity as he coined it) part of UC for me - "They want to talk to me, not a device" - so it didn't matter if its was you home phone, work phone, car phone or mobile - just as long as it was you on the other end of the device!

He also stated that all of this technology should work across devices, which for me is one of the most import parts of all this!

We where then shown a power point demo of Exchange 2007's Voice capabilities, things like being able to call a number and tell exchange that you are going to be 10 minutes late to your meeting, or checking your emails on the move! very useful stuff for executives Id imagine! I was also quite lucky to get a real world demo of this from Mark and I have to say it does work very well!

Rob then showed off sharepoint 2007. He started with a screen shot of his MySite setup, and how cleaver the people search functionality is now, taking social networking into account etc(well... I had seen this before from our own sharepoint guru Paul Deveny but it always impresses me!)

Chris covered Groove a bit, including a live demo. Now Groove is one of them products that I have never understood the purpose of. A friend once described it as "a solution without a problem!" Now unfortunately we were rather poorly first exposed to Groove and the office dev conference at reading a year or so ago.

The demo of Groove was given from a third party supplier who gave a rather terrible run through of its capabilities, but even worse than that when we asked about what happened when two people edited and saved the same file, we where actually told it just overwrite which ever was the last saved!!!!! I nearly walked out - I couldn't believe Microsoft would produce such a bad solution and call it a unified communication! Thankfully I was correct, they didn't - I eventually found out it does warn you that you are going to overwrite the file but doesn't let you compare the differences or anything clever like that - but still 100% better than just overwriting it!

After the event I spoke to Chris who explained that it is a great product for working on projects across firewalls (or more likely companies) - and whilst I think Sharepoint is a far superior product for larger projects, it is not yet a suitable product for multiple companies - so perhaps Groove would be better suited!

Chris also clarified that Groove integrates with LCS but can be a standalone product also. This is a very clever idea by Microsoft as it means people don't have to buy LCS, but if they have it they get all the presence added in!

That was about it, they covered a lot! However they missed two massive things I think - for some reason Microsoft Live Meeting always gets missed out when talking about UC, and I have no idea why because its a fantastic product. The other thing missed (well perhaps just not covered fully) was work flow within sharepoint. I know its not really a tool for UC - but work flow sells Shareopint 2007 - yes I know there are 100s of additional features and improvements, but work flow has to be the killer feature!

After a short break we had the pleasure of a talk from Alison Brewer from Mitel. Unfortunately her talk was slightly marred by what appeared to be scare mongering regarding BTs 21CN network switch over, which is a real shame because I really don't think that was what Alison was trying to do - but for those worried about what she was saying take a look here. This should let you see what is going to change (everything appears to work unless you use BT Monarch PBX systems, there where a few partial fails with a couple of alarm systems - worth checking out the pdf!).

I use Mitel technology daily, and they do have some really good kit - it is just a real shame the technology wasn't given more focus.

One thing they did show which I loved was similar to Microsoft's location based forwarding. Instead of your primary line pushing your call out to your mobile after a timeout period it calls both your mobile and your primary line at the same time! This is great (although when you are in the office you will get a lot of missed calls on your mobile... and possibly the Caller ID on your mobile will show your office number not the person who is actually calling you - forgot to ask that though!). Im pretty sure this technology has not been released just yet though. A reader has said this is not the case, and this technology has been released - it is called Mobile Extension. Still not sure if it correctly reports User ID though.

We then had a very informative talk from Ken Johnson who works for ntl:Telewest Business. What I loved about his talk was the fact that he had been there and done all of this, and uses the technology the way its meant to be used daily! He had some great facts showing which features uses found most helpful - right at the top was presence (which didn't surprise me), and not too far down the list was video calling - this really did shock me though. I think this could have been so high for a couple of reasons - firstly perhaps the technology was new and people where playing with the "cool" new features, but I think more likely the people contacting each other are from different physical location where video has some real benefits.

I had a good chance to talk to Ken afterwards - and I have never seen such an obvious use of all the technologies, he was able to use his blackberry to keep up to date with emails, and he was using some technology (not sure what unfortunately) which converted his voicemail to a text message! This means in meetings he can screen calls to find out if a message is important or not!!! I loves this, but it raises an interesting issue regarding people using mobiles during meetings - I think normally it is quite rude, and I know it annoys a lot of people - so this is going to be a complete change of culture for people, but it is far better for someone to check there phone for a text message rather than walk out of a meeting to take a call!

ntl:Telewest's approach to UC is a bit different from Microsoft's - they instead provide hosted solutions, which I think is quite a novel idea and would be especially interesting to large corporations with multiple sites. Just hope bandwidth is scalable to the amount which must be required for a significant amount of traffic, especially when you include video conferencing.

Finally my favourite fact that he provided was that Audio conferencing costs where reduced by 80% - what a massive, and truly believable saving!

Overall it was a very good conference... and I'm glad I was allowed to go given that the main sponsor was run a competitor!

Loved the free bottle of water as I often argue with the wife that you might as well just get it out of the tap! 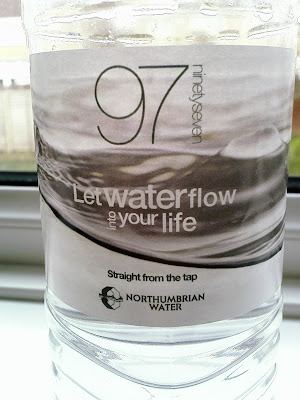 Sorry it was such a long post, but lots and lots covered!

Im trying to get a hold of all the presentations shown and will post them as soon as I get them!

Regarding your comment about the Mitel feature of a call ringing your desk and cell phone at the same time. That technology is available now, it is called Mobile Extension. The user can also control when the feature is on/off by using a simple TUI. Just wanted to let you know.

ah, that is good to know - thanks for tthe heads off. Do you know if it sends the correct caller ID through to the mobile though?

That's a good question, I don't think it would. All it is doing when a call comes in to your prime line, a 'monitor' extension dials your mobile, and depending where you answer the call control gets set up. Since the call would appear to be coming from the 'monitor' extension (not the prime) it would show the DID for the monitor, or the company main number, not the caller's number. Having a PRI is a pre-requisite for this technology.